Campaign to have better journalism on migration in Finland

#BetterNewsMedia was very active in Finland in spring 2017.

After the Winter School in Pärnu, the Finnish group of students and journalists started a campaign with the title #BringUsBack. Their idea is to challenge Finnish media houses to employ and use more journalists with refugee background as freelancers. The campaign was launched with a video in May. As of today, it has reached around 1400 people.

An international seminar was held in Helsinki on the 24th May, with 79 participants, who hailed from Finland, Germany, Mexico, Iraq, Somalia, North Caucasus, Portugal, Urugay, United Kingdom, Afghanistan, Egypt, Lithuania and Czech Republic. The keynote speaker was Ms. Elva Narcía from Mexico, and the other speakers were photojournalist Niklas Meltio, journalist Haneen Jameel and journalist Wali Hashi. 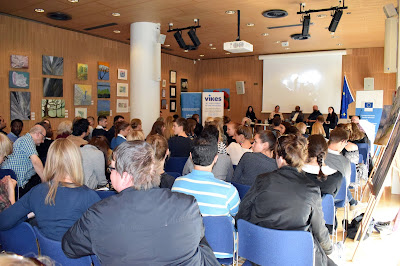 The lively discussion tackled difficult themes of representation and quality of western newscasting on the so-called developing countries and the refugee crisis.

A discussion tour with a similar theme went around universities where journalism is taught. “Why don’t you as us?” was the theme, and journalists Mohamed Ibrahim from Somalia and Haneen Jameel from Iraq discussed with students of journalism. We had 32 participants in Tampere on the 19th April and 31 in Turku on 10th May. A third discussion was held in Jyväskylä on the 29th September, and gathered altogether 39 participants. 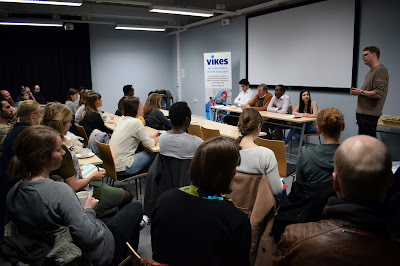 The journalist students were very active in the discussions and wanted to know for example how they could work together with refugee journalists and what kind of stories remain untold.

In Tampere, we had also live video casting, organised by the Union of Journalists in Finland. This reached additional 809 people.

Jameel and Ibrahim were joined by a journalist from Afghanistan, Hussein Kazemian, in World Village Festival on the 28th May, where our journalist panel gathered more than 200 viewers. This was the main event in the discussion tour, and perhaps the first time for many Finns to encounter journalists who have come to Finland as refugees. 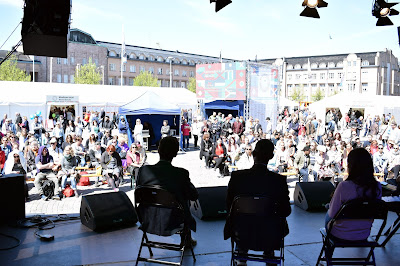 We also had indirect impact, far more than expected: