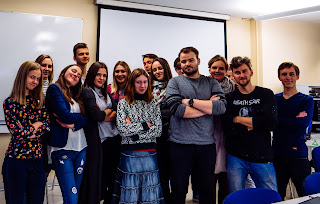 In September 2017 twelve young journalists (14-19 years old high school students) from all around Lithuania participated in Ethical Video Journalism School which was organised by Lithuanian Journalism Center in collaboration with a multimedia agency ‘Nanook’ and an NGO ‘Mondo’. Five Sundays in a row students were learning about media literacy and ethical video journalism, also, how to produce portrait/web documentary videos from scratch, while having classes in the city centre of Vilnius. 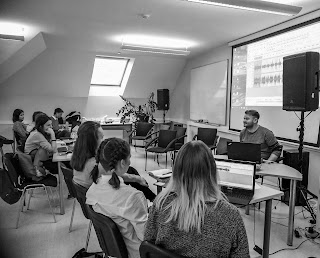 The concept of the school was ‘learning by doing’ – while learning to create professional media production, the students also gained deeper understanding of media ethics and developed critical approach towards the news, especially the news regarding refugees.
During the short course students with the teachers’ help created three portrait videos about the refugees living in Lithuania. The first video was about Vsevolod Chernozub, who came to Lithuania three years ago and got political asylum. The second portrait video was based on the story of Julija Chemak, who came from Ukraine to Lithuania in 2014. It has been three years since she and her family were given a temporary shelter by Lithuania. The last one was about Husams Sy, a refugee from Syria, who is living in Lithuania with his wife for a couple of years.
The videos will be posted in social and online media websites until the end of this year.
According to the students, after this course they changed their approach towards refugees and the Lithuanian media. A lot of them said that right now they feel more respect for refugees and in the future would like to help them.
“My approach towards journalism has changed in 180 degrees. Now I know about the different side of journalism, which I have never known before. I have never thought that it can be so cinematographic and esthetic. Before this course I had a conception that a journalist is merely a stalker, who follows celebrities and thinks that he/she is looking for a ‘truth’. I have never thought about becoming a journalist, but I have really changed my mind”, - said Nojus, one of the course students. 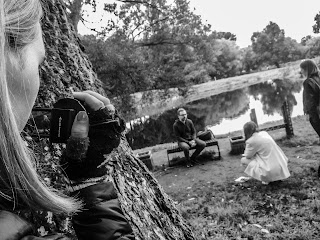 “I truly believe that refugees cannot be discriminated in our society, since they are the same people as we. Maybe in the future we will need the same help, you never know, that is why we need to help them and take care of each other everyday”, - was uttered by another student Rytenė.


While using gained knowledge of ethical media production, these students will be able to recognise unethical cases in the news about refugees and also will know how to spread the ethical ideas as well.

Information about the course was shared in the social media. The total reach of the 9 posts was more than 44 500. The three videos prepared will be shared in the blog soon.
Posted by jonna at 21:49